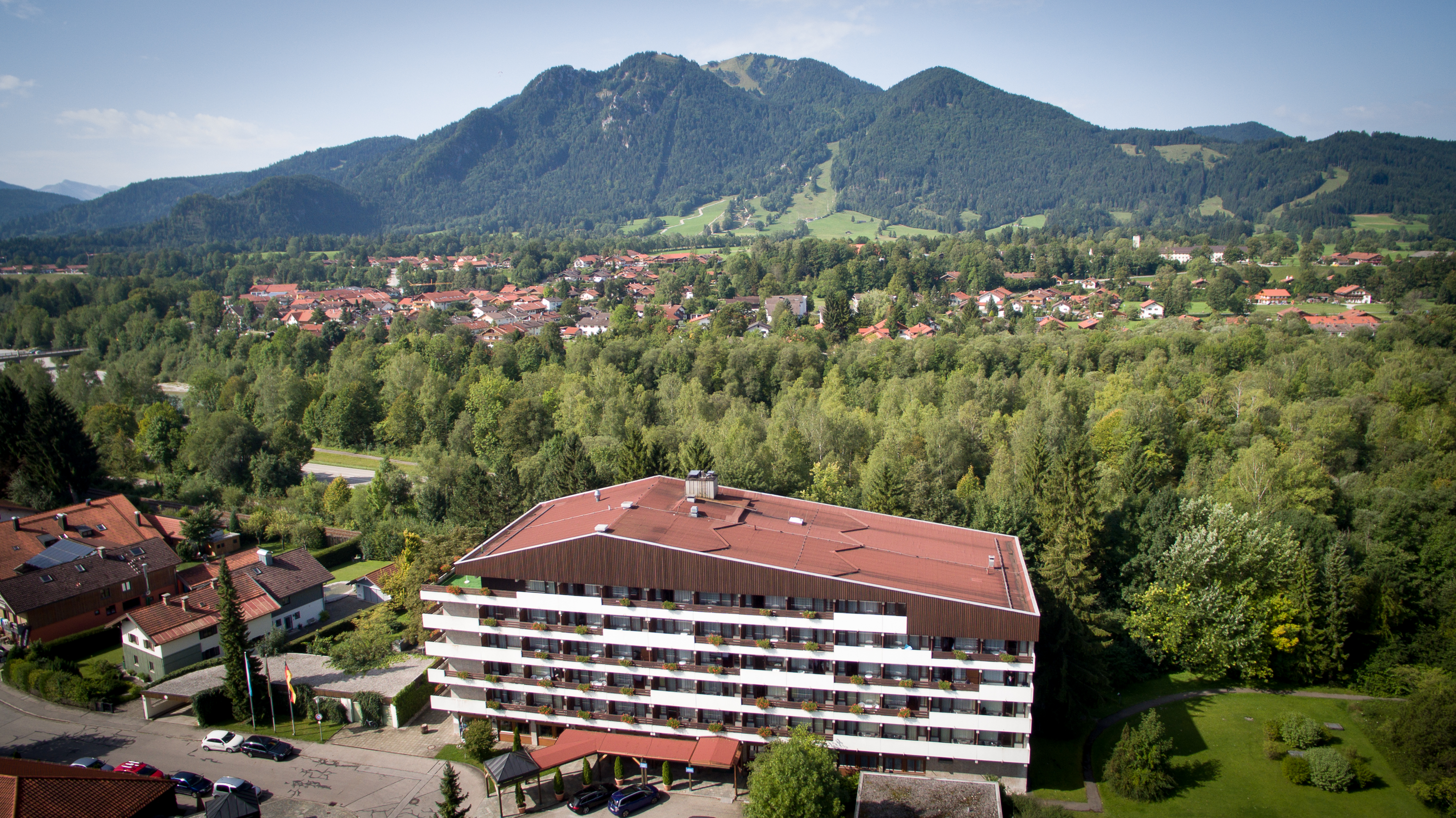 If you're using the A8 autobahn Munich - Salzburg, take the Holzkirchen exit and then take B13 via Bad Tölz to Lenggries. The A95 autobahn Munich - Garmisch-Partenkirchen, Wolfratshausen exit, will also take you to Bad Tölz and Lenggries. In Lenggries, take a left into the Münchner Strasse and keep going for another 400 meters.

From Munich Airport MUC, just take a suburban train to Munich main station and change there into the hourly running train to Lenggries.